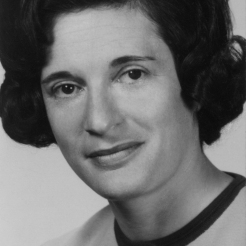 July 25, 1944 remains etched in my memory, a day when my life changed forever. After my brother’s death, our home collapsed into a grotto of sorrow. Alone at the top of the steps, I developed a sudden, uncontrollable urge to help my parents overcome their devastating grief. I would make myself happy by making them happy by doing my best in everything just as my brother had done. I became the person I am as we began the terrible thing that was continuing life without someone we had counted on to hold so many things together.

Eat First, Cry Later is recounted from my own perspective, as a woman, daughter, sister, mother, grandmother, friend, community member, and leader.

Everything I did, whether I wanted to or not, I did as a woman. I came of age at a time when barriers were breaking down. Gender, race, sexuality: all of these changed profoundly in my local community while I was running a business with my husband, raising our daughters, and then pulling my life back together as a single mother after my husband died. I became a feminist as the movement gained momentum in the 1970s, and my own daughters and granddaughters inspire me to continue breaking barriers and making a difference for other women.

It is in that spirit that I bring Eat First, Cry Later into the world in my eighty-fifth year of life.